The purpose of the code is to promote accountability, transparency and enhance public confidence levels in the sector. This new code comes off the back of the statutory consultative panel that was established by the Charities Regulator in 2017 to consider how the administration and management of charities could be improved and to make recommendations to the Regulator on the development and implementation of governance guidelines, codes of conduct or regulations.

Countrywide roadshows were conducted and all of the various sector stakeholders views were sought during this consultation process. While a voluntary Sector Led governance code is already in place, this new code represents the first time minimum standards on governance have been set out for the sector by the Regulator.

The key salient features of the code are as follows:

For further information on the above, please contact Ronan Kilbane, Partner. 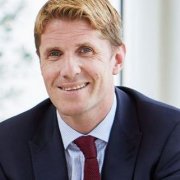