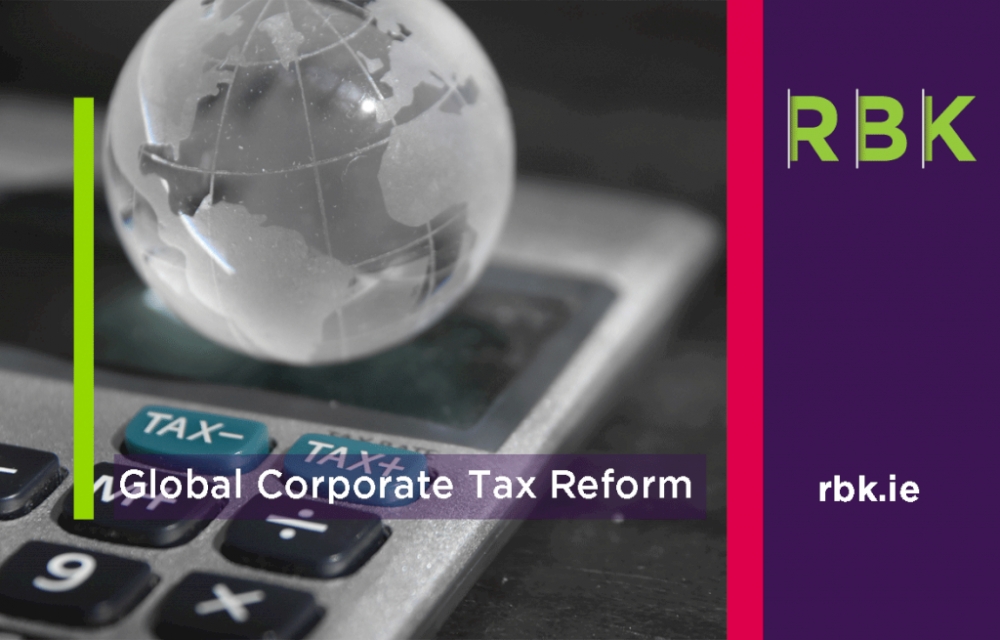 The Global Corporate Tax Reform agenda has provided the primary backdrop in the lead up to Budget 2022. Despite the fact that the final negotiations were only concluded in the days leading up to last Thursday’s announcement, Ireland’s agreement to join 140 other countries to an Accord was seen by many as an inevitable and necessary step. The key aspect from Ireland’s perspective was securing the assurances required at OECD/EU level in terms of the minimum rate which would apply and a concession for Ireland’s domestic sector.

Importantly, the 12.5% rate will continue to apply to those companies whose annual turnover will not exceed €750 million, meaning domestic small to medium enterprises will continue to benefit from the existing rate.

The move to an agreement to a minimum Corporate Tax rate of 15% does nonetheless mark a momentous shift from Ireland’s long standing and well-guarded policy of maintaining the 12.5% rate. It comes amidst significant international moves towards reform in recent years as part of the overall wider global tax agenda which has been driven at OECD level. Ireland’s initial hesitancy to sign up to the agreement was not seen as representing a likely long term stance from an overall reputational perspective. It did however allow scope for further negotiation to take place, which the Government would view as being very important in terms of securing Ireland’s overall position into the future. It is also notable that the announcement to align to the deal has not to date garnered much criticism, with the broad consensus being it represents ‘the right move at the right time’.

The broader question at the moment is the extent to which the agreement will negatively impact on the annual Corporation Tax take, with the Exchequer initially projecting a net cost of €2billion annually as a result of the realignment of profits to sales jurisdictions (Pillar One). No gains were estimated for Pillar Two on the assumption that the 12.5% tax rate would remain. However, with a 20% increase in the tax rate for large companies that contribute a substantial portion of Ireland’s corporate tax take, there are gains here also to be factored in. It is also noteworthy that the Government’s White Paper published on Friday night reported a record intake in Corporation Tax receipts of almost €13.5 billion, despite the impact of the pandemic and an anticipated shrink back from the higher than expected returns in earlier years. It remains to be seen if the strong returns in Corporation Tax will be sustained over the longer term, and if the increased rate will have any part to play in this.

In terms of looking ahead to the future, Ireland is currently in a strong position in terms of the foreign multinationals based here and securing their ongoing investment in ‘Ireland Inc.’, with other key factors such as a well-educated workforce and access to the Single Market complementing our offering. At 15%, Ireland still remains a very attractive location for foreign direct investment (‘FDI’) from a tax perspective. The reliability of the rate is also key for decision makers on investment and with agreement now reached Ireland can continue to provide stability and predictability for international investors.

We would hope to see further commitments on our FDI policy borne out as part of the Budget 2022 in areas such the R&D regime and Income Tax reliefs for attracting and retaining global talent into Ireland.

We will outline further analysis and a summary of the key announcements to be made by the Minister for Finance Paschal Donohoe next week as part of our Budget 2022 Webinar, the details of which including a link to registration are set out below.