Home News Is now the time for Business Owners to benefit from the market?

Is now the time for Business Owners to benefit from the market? 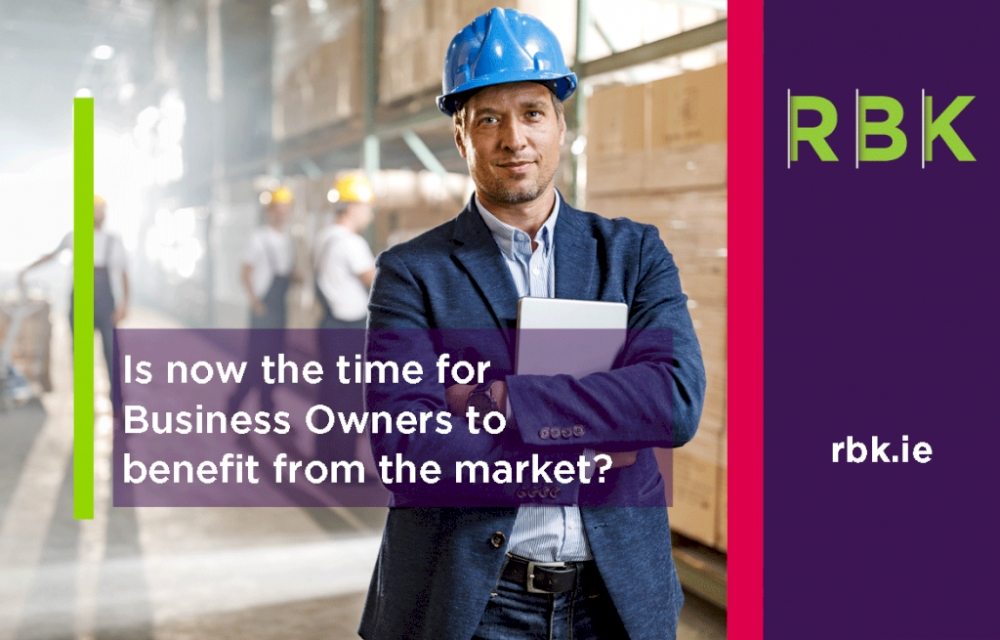 Economically-informed wisdom often suggests that there is a significant disconnect between the share prices of plc’s and their underlying performance. Whether you cite Tesla’s meteoric share price rise in recent times—despite minimal profitability and increasing competition, or the fact that stock markets have increased in value in the past 18 months—despite the arrival and persistence of a global pandemic, there would seem to be at least a decent degree of evidence that equity markets don’t perfectly track the actual underlying performance of businesses.

Rather than getting bogged down in an argument around the efficiency and rationality of financial markets, instead we might reasonably conclude that at least some portion of stock prices are driven by factors that don’t directly coincide with company profitability. One alternative factor affecting stock price movements is the availability of cash.

An Abundance of Cash…

On account of both fiscal and monetary expansion, the global economy in recent years has been characterised by an abundance of cash. While this cash, for the most part, does not waterfall all the way to the bottom of the pyramid, there is at minimum some degree of a trickle-down effect—think TWSS/EWSS/PUP, wide-scale direct payments from top to bottom. Similarly, growing evidence of wage inflation in some industries indicates that increases in the availability of cash coupled with low interest rates is leading to an increase in wealth for all, including those at the lower end of the spectrum.

This rise in cash wealth experienced during the pandemic drove many to the stock markets. However, it is not only retail investors that have seen a rise in the real levels of available cash they have to deploy—their ‘dry powder’. Companies seeking to expand or consolidate their market and Private Equity funds are also enjoying access to unprecedented levels of cash.

…As Well As a Desire To Part With That Cash

Evidence of the above—as well as a willingness to spend that cash— is borne out in recent articles by both the Financial Times and Business Post. One FT article on 6 October, 2021 stated that:

“Private equity firms are offering the highest premiums for listed companies in more than two decades, paying almost 70 per cent above the prior share price in some cases”

“There’s over $1tn of dry powder in buyouts alone that’s looking to do deals. We will absolutely see prices go up when competition is that stiff”

“Historically low interest rates and high stock valuations are driving return-hungry investors to rush into private markets, with non-publicly listed assets under management expected to rise 60 per cent between 2020 and 2025”

This tells us that plentiful coin in the economy has increased the amounts that private cash is willing to spend on businesses. As a result, and in accordance with the laws of supply and demand, deal values have also risen. In short, the prices being paid for the purchase of SME equity has increased.

this phenomenon is not limited to the purchasing of plc’s. Refinitive (who track M&A activity around both private and public companies) recently stated that:

In addition, on the evidence of Renatus’ research and reporting on deal making in Ireland, we calculate the number of deals in 2021 to have more than doubled versus 2020 figures, and increased by 43% on 2019 figures. This data, as well as anecdotal musings by many of the top private equity funds, business owners, and deal advisors in the country suggest that the demand for Irish SME’s has also rocketed in the past year.

So, based on everything that we have seen, there is not only evidence that inflation is occurring in public markets, but that these heightened valuations are trickling down to both larger private deals, and relatively smaller SME deals.

While there is no one-size-fits-all approach when it comes to the valuation of a business, and each sale should always be taken on the merits of the individual company to be sold, there is very good evidence to suggest that now is a historically good time for the entrepreneur/business owner to consider selling up.

If you would like to know more about SME Valuations and why now might be the perfect time to sell your business, contact our Corporate Finance Team: