Further to our update on Friday on the July Stimulus, some further detail on the Employment Wage Subsidy Scheme (EWSS) is now available, along with the details on how interim tax refund claims in respect of losses incurred during the Covid-19 period can be made. This is now published below:

The primary qualifying criteria for the Employment Wage Subsidy Scheme (EWSS) is that the Employer must be able to demonstrate that in the majority of cases they are operating at no more than 70% in either the turnover of the Employer’s business, or the customer orders received by the Employer, by reference to the period from July to December 2020 compared with the same period in 2019. It is important that Employers now reassess their position to establish if they will qualify under the new arrangements.

It is also further noted that Qualifying employees for the purposes of the EWSS do not include Proprietary Directors and certain connected persons within the business.

New relieving measures have been introduced to provide for a temporary acceleration of corporation tax loss relief for tax compliant companies. The aim of the new provisions is to deliver rapid cash flow support to previously profitable companies which have become loss-making during the COVID-19 period.

Under the new measures:

A new once-off income tax relief for self-employed individuals carrying on a trade or profession has been introduced, aimed at businesses who were profitable in 2019 but, as a result of the Covid-19 pandemic, incur losses in 2020.

These provisions will allow such individuals to claim to have those losses (and certain unused capital allowances) up to a maximum amount of €25,000 carried back and deducted from their profits for the tax year 2019. This will reduce the amount of income tax payable in respect of those profits.

The provisions will also allow for claims for the relief to be made on an interim basis to give a cash flow boost to those taxpayers during 2020.

Do discuss how your business can avail of measures introduced in the July Stimulus Package, contact: 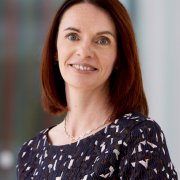