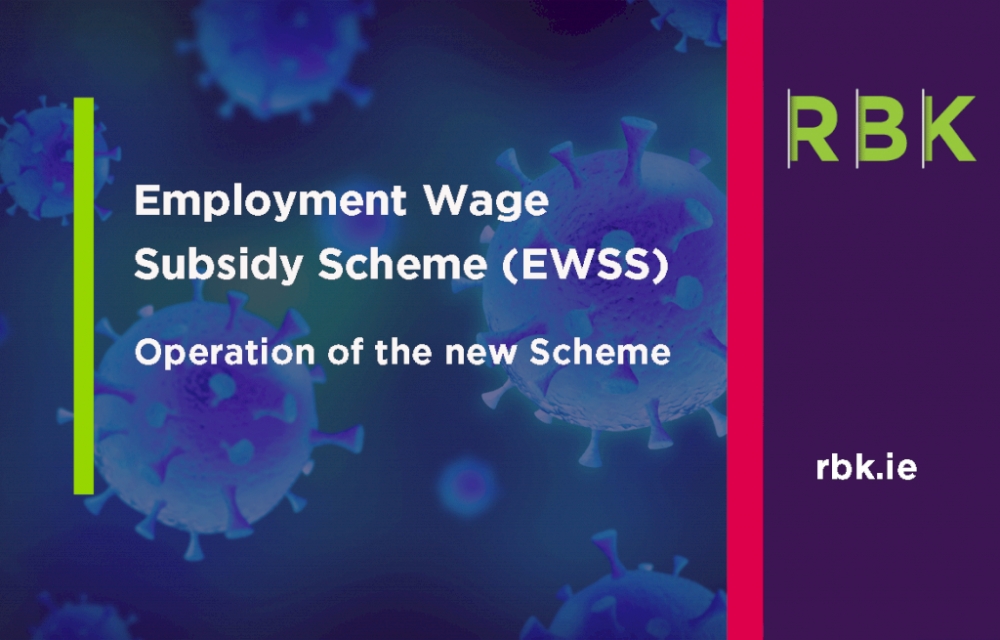 Further to our update on 28 July on the July Stimulus, Revenue have now published their detailed guidelines as to the operation of the new Employment Wage Subsidy Scheme (EWSS), a copy of which is available here. As you may be aware, the EWSS will replace the Temporary Wage Subsidy Scheme (TWSS) with effect from 1 September 2020.

Similar to the TWSS, the EWSS will require each qualifying employer to make a declaration on entering into the Scheme, which registration process will go live from today 18 August 2020. In order to avail of the EWSS, it is important to ensure that this registration is in place as well as ensuring that Tax Clearance has been obtained. In order to obtain Tax Clearance, a company’s tax affairs must be kept up to date. Revenue have confirmed Tax Clearance can be obtained for companies which have availed of Covid-19 debt warehousing arrangements or have entered into a Phased Payment Arrangement (PPA) with Revenue in relation to non-warehoused debts. The company can also only obtain Tax Clearance where the tax affairs of all connected parties as reference in the guidelines are up to date.

Any employers who have not previously been required to apply for Tax Clearance or whose clearance may have expired are advised as an initial action to apply for Tax Clearance as soon as is possible if considering to avail of the EWSS. In the event the company’s tax affairs are not up to date, the company is advised to engage with the Collector General as soon as possible.

The Revenue guidelines as per the link above appear to address all of the key operational aspects and questions which may be posed, reflecting the fact that the EWSS by its nature is a more straightforward scheme to administer than its predecessor. We are aware that Revenue are also actively engaging with all employers through the issue of letter correspondence via ROS advising of the details of the EWSS.

The eligibility criteria remain unchanged as per our previous release, and the Revenue guidance notes include specific additional commentary and examples in this regard which may prove useful to employers. We have also highlighted below some key points to note in the guidance which we believe are of immediate relevance in evaluating the EWSS: