Perhaps the most significant measure in the package announced is the Covid 19 Temporary Wage Subsidy Scheme. Please refer to our detailed commentary on 27 March 2020 and overview with regard to the operation of the scheme. The focus of this Tax Issue is to be discuss and highlight a number of key areas of interpretation/guidance which have emerged since the original announcement as to the general conditions for the operation of the Scheme.

Over the past week, Revenue have also been issuing further detailed guidance notes by way of a Frequently Asked Questions (‘FAQ’) document, the latest version as which, as of the date of this publication, was released on 5 April 2020. The FAQ document can be accessed here. These guidance notes will form the basis for Revenue’s operation of the scheme in practice, and we know that Revenue have been in close contact with the major payroll software providers in the context of tailoring software solutions to work in line with the scheme.

We have summarised below the the key aspects within these guidance notes which we feel are of immediate importance for employers to consider in reviewing the operation of the scheme.

1.  Calculation of the Subsidy Due

The level of the subsidy due is linked to Average Net Weekly Pay (‘ANWP’). This is calculated by reference to the payroll submissions for the months of January and February 2020, with an average determined by dividing total pay for this period over the number of insurable weeks (which is capped at 9). Gross Pay for purposes of the scheme/calculation of ANWP is defined as “ total remuneration which includes emoluments and notional emoluments but without reference to any deduction for pension contributions payable by the employee or any salary sacrifice deduction.”. Bonus and once-off payments made in January/February 2020 will be taken into account in the calculation of ANWP if they were included as Gross Pay in the January and February 2020 payroll submissions

This figure will form the basis to determine the level of subsidy to be paid to an employer in respect of an eligible employee under the scheme, notwithstanding the fact that an employee may currently be on a reduced working week/reduced pay as a result of the crisis. The subsidy calculation will operate are outlined below:

As previously advised, Revenue will be making payments equal to a flat rate of €410 per eligible employee as part of the Transitional Phase of the Scheme up to 20 April 2020. However, during this period, employers are nonetheless obliged to return the details of the subsidy amount due in line with the calculations above as ‘Non-Taxable Pay’ during this period. Revenue will then complete a reconciliation exercise to assess cases where the €410 paid exceeds the amount which was due, and seek repayment of the difference from later payments due to the employer. It is advisable that employers only pay to the employee the subsidy to the amount as calculated, retaining any excess from the €410 received to meet this repayment at a later date.

Employers will be obliged to show the Temporary Wage Subsidy Payment labelled as ‘GovC19 WageSub’ on the employee’s payslip.

2. Treatment of any additional top-up payment to be made

The Scheme does allow for cases whereby an employer may wish to pay employee an additional top-up payment representing the difference between the subsidy due and the employee’s ANWP. It has been clear from the outset that such additional payments should not result in the employee receiving more than their ANWP. There had, however, been some degree of doubt as to how such additional top-up payments should be treated for payroll purposes. Revenue have clarified their view as part of their most recent guidance as to how they expect such payments to be treated.

Revenue’s current view is that any additional top-up payments cannot be re-grossed and any top-up payment calculated by reference to ANWP must be treated as gross pay e.g. in the case of an employee with ANWP of €550, the subsidy would amount to €385 (70% of same), thereby giving rise to an maximum top-up is €165. This amount should be treated as gross taxable pay as opposed to re-grossing of this amount as a net figure. In the event that an employer were to pay an employee a total gross wage (i.e. being the sum of the Subsidy and the Taxable Additional top-up amount) in excess of the ANWP, the subsidy due to the employer will be reduced accordingly for the excess, with the excess instead being treated as taxable pay. As a result, under the scheme, total gross pay for an employee will never exceed the amount of the ANWP for that employee. Revenue’s guidance notes have set out further worked examples and a reference table in this regard.

3.  Application of scheme to Full-time employees

4.  Deductibility / Treatment of the Temporary Wage Subsidy Payment for the purposes of Income Tax / Corporation Tax

No deduction will be available in respect of the Temporary Wage Subsidy Payment. The guidance does not refer to the additional top-up amount paid (if any) which would suggest that element of any payment is deductible. It has also been confirmed that the Temporary Wage Subsidy received by the employer is not considered to be a taxable receipt in the hands of the employer.

5.  Employer Eligibility and a Group of companies

A number of questions which have not already been addressed in guidance have been raised with Revenue around the treatment of a group of companies, notably with reference to the issue of cash reserves and the application of criteria in cases where there is one Group Service Company acting as an employer and recharging other group entities. Revenue have advised that further guidance is to issue in due course as to their views regarding the treatment of a group of companies.

Revenue have confirmed that the scheme is available to charities. As regards the turnover test, this can be applied in the context of a forecast in terms of donations receivable. It is likely that during the crisis, especially for those who had plans for fundraising events in March and onwards, charities will experience an immediate drop in donations.

7.  Eligibility of Directors and spouses of sole traders who may have an ‘excepted employment’ for PRSI purposes

It has been clarified that both cases will qualify for the scheme once they meet the employee eligibility criteria for the Scheme.

This refers to non-statutory deductions from pay such as credit union, union fees and Local Property Tax (‘LPT’) and the interaction with net pay. Revenue have advised that, in order to ensure the intention and integrity of the Scheme, an employer should not apply such deduction unless they make an additional payment that exceeds the value of these deductions. This implies that if the employer is only paying the subsidy amount and no top-up, no deductions should be made. In cases where there is a deduction at source agreement with the employer regarding LPT, Revenue advise that the employee such seek an alternative payment method via MyAccount.

This guidance also extends to the deduction of pension contributions i.e. employee contributions should not be deducted in cases where they are only in receipt of the subsidy amount. We would advise any employers with pension schemes in place to also consult with their provider/pension scheme Trustees regarding advice on contributions during the crisis period. Revenue are to issue further guidance in due course on the issue of whether the subsidy and any top-up payment is considered pensionable pay. The general view held at this stage is that they are considered pensionable pay subject to Revenue’s guidance/view on the matter.

In addition to the matters outlined above, there are a number of other points to note in terms of the ongoing operation of the Scheme. 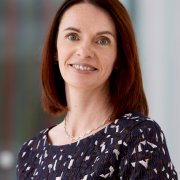