In June 2018, RBK collaborated with Treasury Solutions to announce a new service offering “The Treasury Hub”, combining the experience and expertise of both our firms and three other advisory firms nationwide.

Treasury Solutions has been operating for 18 years offering a premium quality treasury advisory service to the medium and large corporate market.

The new service will provide clients of RBK with access to the technical knowledge and financial market intelligence of Treasury Solutions to enable them to offer new products and services to their clients and to deal with the impact on interest rates, foreign exchange and the banking market in general that will inevitably emanate from Brexit, geo-political developments, etc.

The services to be provided via The Treasury Hub include:

The provision of the range and quality of these services under The Treasury Hub effectively brings additional expertise to the existing service offering provided to the clients of RBK bringing them an enhanced treasury management solution.

For more on The Treasury Hub, visit: www.thetreasuryhub.ie. 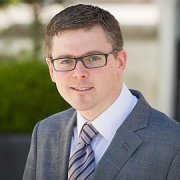 This is the Summer edition of THE TREASURY HUB Banking and Treasury Markets Bulletin.On the currency front, the biggest mover has been the USD which has weakened considerably over the Summer and broken out of a downward (i.e. strengthening dollar) range that existed for almost two years.From an investment perspective while all three equity indices that we track (ISEQ, FTSE and DOW) are down in the year, the DOW is close to recovering to where itwas at the start of the year. The NASDAQ has continued to power ahead to new highs with Apple now valued at $2 trillion.On the Brexit front, UK/EU talks have recommenced but no news to report as yet. October is the deadline for any deal as it would have to be approved by all EU governments individually.It is likely there could be increased corporate activity in the remainder of the year, some negative (examinerships) and some more positive (mergers/acquisitions). Brexit will have a bigger impactthan is currently forecast as it could provide opportunities as well as threats. Banking will also become more challenging in Q4 as the banks could struggle to deal with the sheer scale of the intervention required for companies and sectors that will findthemselves challenged. Where possible, businesses should continue to avail of the financial planning grants from Enterprise Ireland and LEOs.

This is the May edition of THE TREASURY HUB Banking and Treasury Markets Bulletin. Despite the ongoing pandemic, there has been a bounce back in equity markets and a settling down of the interest rate markets following last month's volatility. EUR/GBP has also remained relatively stable for the month, however the decision on whether or not to extend the Brexit deadline date of 31 December 2020 will soon come into focus. FX volatility should therefore be accounted for in forecasts and budgets and it's management will increasingly be a key facet in the approval or otherwise of bank facilities and grant applications. So, as mentioned in last month's bulletin, poor currency management will likely cause a “triple whammy”: lower profits, higher interest costs and tighter loan terms and conditions. We continue to focus on banking in Section 5 of the bulletin.

March edition of the Banking and Treasury Report 981.79 KB

The outbreak of the coronavirus continues to disrupt global supply chains and the financial markets. Unsurprisingly, the equity markets are bearing the brunt of the initial negative sentiment with the three equity indices that we track (ISEQ, FTSE and DOW) all in significant negative return territory. Bond prices are up again (as interest rates have fallen) with Irish 10-year rates now negative -0.15%, which is an all-time low. Oil prices have also fallen off a cliff. This is covered in more detail in Section 4.This month’s focus in Section 5 is a review of the Banking Market. While the banks appear to be taking a proactive and supportive approach to assisting businesses, the coronavirus is going to make credit availability tighter. We would encourage clients to act now and make contact with your bank to ensure you get the specific support you need as quickly as possible. The government has also announced a number of measures to help individuals and businesses, including an extra €200m funding through SBCI.Please get in touch with our Corporate Finance team if we can be of any assistance.

We bring you the second Banking and Treasury Report of 2020 as part of THE TREASURY HUB. Brexit came back onto the agenda at the end of January as the UK officially entered into the transition period. The general election kicked into gear here in Ireland with a lot of spending promises being made, all of which appear to be predicated on an orderly exit deal for the UK…. an assumption which may yet prove to be flawed.From an investment perspective the year got off to a negative start with the three equity indices that we track (ISEQ, FTSE and DOW) all deteriorating in January and a lot of the blame being attributed to the outbreak of the coronavirus in China. EUR/GBP held around EUR/GBP0.8450, especially as the UK exited the EU but with the “hard line” opening negotiation position being taken by PM Johnson last week, we have seen GBP lose 1p against EUR in a single day and move back to EUR/GBP0.8500. We expect further GBP weakness in the weeks ahead. This month’s focus in Section 5 is on the area of Environment, Social and Governance (ESG).

We bring you the first Banking and Treasury Report of 2020 as part of THE TREASURY HUB. This report looks back at 2019 trends and looks forward at possible 2020 developments. Brexit dominated for most of 2019 while politics dictated worldwide events in general. The UK elected a new Prime Minister while the US presidential election started to gear up. Ireland will also see a new government elected in 2020.From an investment perspective it was a good year for equity investors, a bad year for bank deposits, a good year for bond investors while on the currency front EUR/GBP bounced around quite a bit but EUR/USD remained very stable again. Section 5 of this report focuses on the prospects for 2020.

We bring you the final Banking and Treasury Report of 2019 as part of THE TREASURY HUB.The current focus appears to be on politics worldwide. The UK election is now in full swing, the US presidential election is also gearing up while the current Irish government is moving into its last months. Brexit news was negligible in the past month as the outcome of the UK election will dictate a lot of what is to come in 2020 on that topic.2019 was a good year for equity investors and borrowers, a bad year for bank deposits and a reasonably stable year for currencies, especially USD.Section 5 of this month’s report focuses on the banking sector and prospects for 2020.